Chadwick Boseman gives an ELECTRIC performance before his untimely death. ‘Ma Rainey’ is a snapshot of a Day in the life for an influential Southern Blues singer taking her talent up North into uncharted (pun intended) territory. Viola Davis give a stunning performance and completely disappears in the title role; thats a good thing! 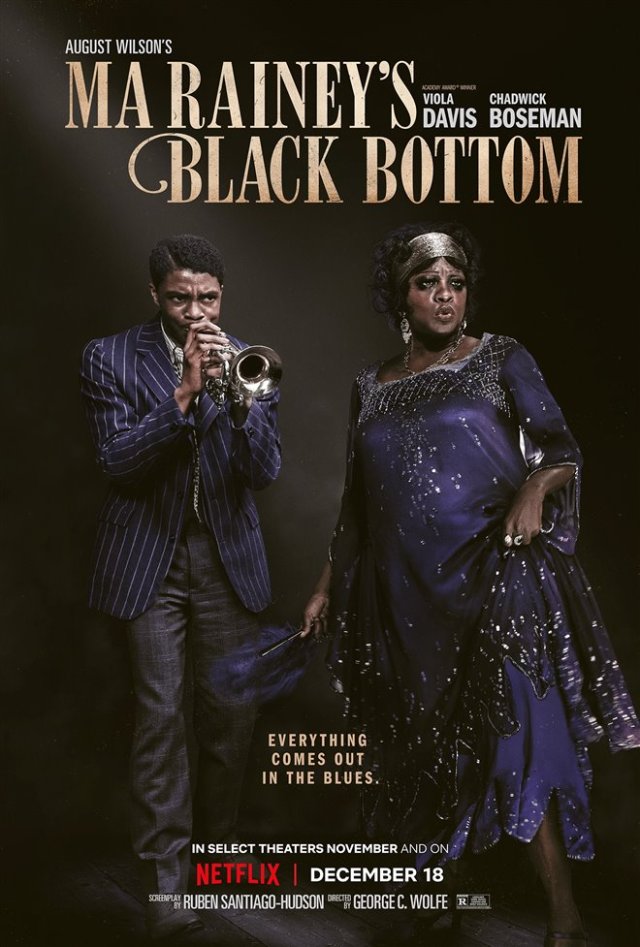 Watching this is bittersweet, as we now know that Chadwick Boseman (aka Black panther) suffered from advanced cancer while filming this movie. It is reported he lost nearly 40lb. And you can see it. Nevertheless, supreme actor that he is, he mustered all his remaining strength and delivered a Tour de Force acting performance!

‘Black Bottom’ is about Southern Blues singer Ma Rainey (Viola Davis) traveling from Georgia to Chicago for a recording session. The label wants to get her unique music on mainstream charts – BUT-  Tensions rise as Ma Rainey clashes with both White music execs AND her overly-ambitious young horn player, Levee (Boseman).

This movie REALLY shines because it captures a single moment in history while showcasing struggles on different levels:

You should know that ‘Black Bottom‘ is based on a stage play by August Wilson and the movie has minimal set pieces (like a stage play). It stars off with brief snippets of Ma Rainey performing on the chilin circuit in the Southern States (where she’s at her most rambunctious best), before moving onto the main focal point of the movie – recording a hit album with a white record label in Chicago. 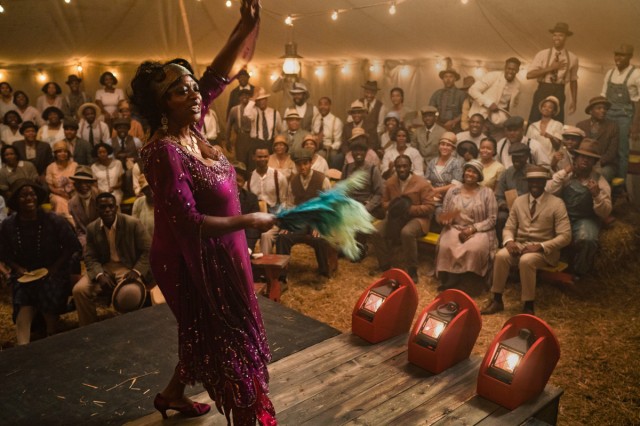 Thanks to the expert hand of Director George C. Wolfe, ‘Black Bottom’ does A LOT in little time and space, without feeling rushed or cluttered. I say that because the cast is sparse and the tension starts early and gradually increases throughout. Each character gets just enough time to share their story. We learn who is who, and their motivations.

Ma Rainey herself is a powerful force, but she struggles to embrace a fast-changing world. Levee is an amazing young talent with little to no patience for development. The two clash while Levee wants a more upbeat/updated Sound (big band jazz), while Ma refuses to change her Deep South, slow grind style, despite what is popular.

And of course, the White music executives look to capitalize on Black talent without giving fair share to the artist. 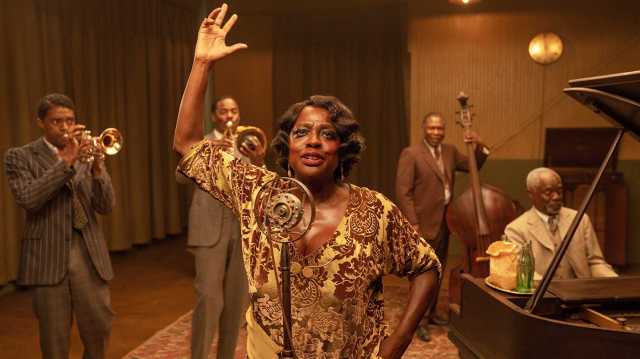 What I found fascinating is that Many of these problems still exists for musicians to THIS DAY. Reminded me of Prince back in the 1990s, feuding with Warner Bros Records over retaining his rights. (He literally changed his name to an unpronounceable symbol!)

Now imagine THAT as a large, loud Black Woman in the 1920s during Segregation and Jim Crow.  ‘Black Bottom’ is a powerful movie filled with heart and emotion. It has both Highs and Lows, both triumph and tragedy – which, in itself is the Story of Black America. There are so many LAYERS to this movie that it needs a 2nd viewing to fully take it all in!

I RECOMMEND this movie as something to watch with your family, for kids 14 and older. If nothing else, you HAVE to watch Chadwick Boseman’s final performance. I predict he will win a posthumous Oscar for Best Supporting Actor.