Jay Dub here! As a Lover of all things horror this movie caught my eye!  The trailers looked promising on some creepy ‘Boogie Man’ shit! But does the Invisible Man movie live up to the hype surrounding the trailers? Find Out Below! 😀

Solid premise and effectively creepy but needed more back story. The execution plays up the Invisible Man as an unstoppable force when really, he’s just a douchebag. A douchebag who figured out how to disappear. It relies heavily on the part of Tortured Victim to sell the horror. But then he does really REALLY awful things. The special effects are pretty cool! 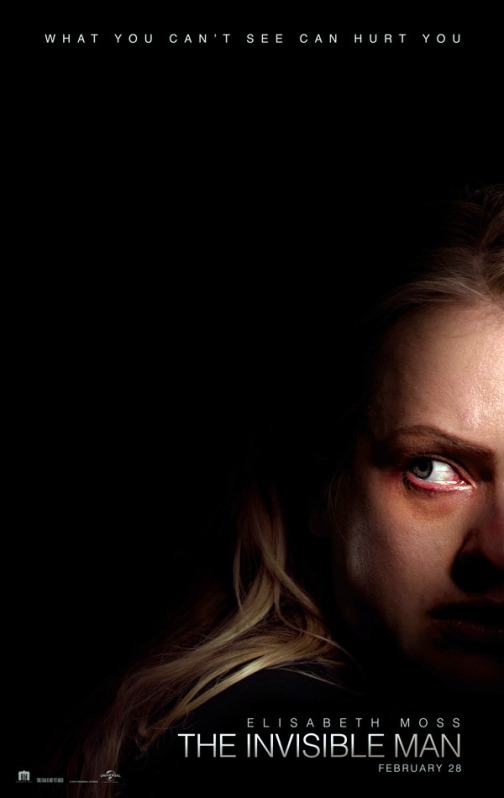 We haven’t had a really good Invisible Man movie since Hollow Man, way back in the year 2000. That movie was cool because Kevin Bacon was subjected to an experiment that made his entire body disappear. Watching his body disappear layer by layer was EPIIIIIIC! The results of that made him go insane and start killing people. Which I can TOTALLY understand because…when you can’t see yourself that kind of fucks with your mind

IN THIS VERSION…we get what I call the MeeToo Invisible Man. This time around, a woman is trapped in a controlling relationship and apparently throughout the years she never bothered to leave, but rather stuck around until shit got SO FAR GONE she had to plan a daring escape. if that sounds a bit like ‘victim shaming’ ….it’s because its a LOT like victim shaming. It’s the actual premise of the movie.

The part of Victim Wife is played perfectly by Elizabeth Moss, who is married to a brilliant yet utterly sociopathic control freak. We quickly learn that her life is spent behind a heavily guarded cage of an existence. It is a very beautiful cage, mind you – a massive estate with breathtaking ocean side Views and 180 degree windows. But a cage no less.  Her abusive husband is a world-renowned scientist specializing in the field of Optics. 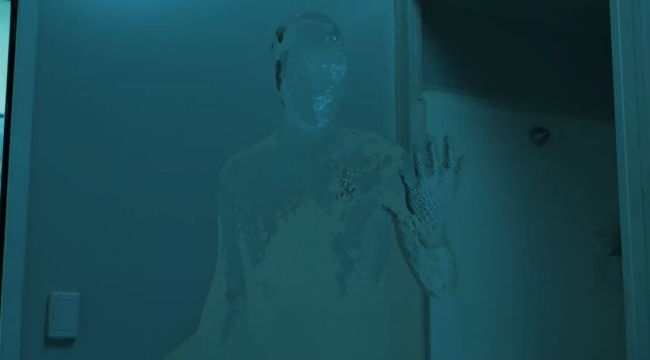 The WORST part because we simply don’t know much about this guy. The movie starts off with a wife in turmoil – she escapes – he pursues her – he commits suicide, and then shortly thereafter she becomes stalked by an unseen Force. The Invisible Man. No surprise at all, it’s her supposedly dead husband and he figured out how to become invisible. We don’t know much about him, we don’t know his motives, we don’t know their history. We just know she is in danger. 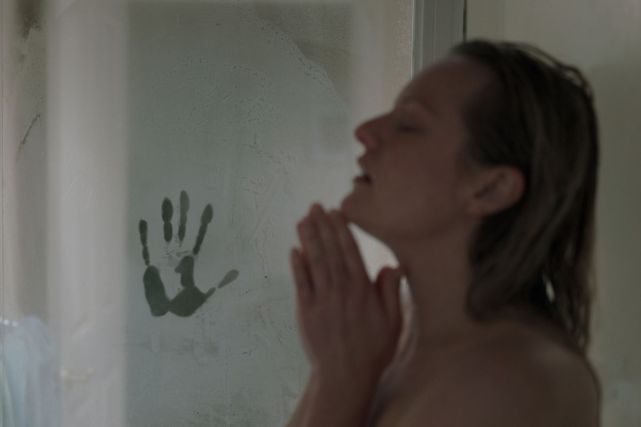 The BEST part because the movie is actually rooted in reasonable science fiction. A man devises a way to turn himself invisible through means that are TOTALLY DOABLE. And actually kinda cool!

Also the BEST PART is this movie uses domestic fear to great effect.

Despite all the terrifying sequences which soon follow (and they ARE scary), the REAL fear here is the fear of an abusive relationship with the feeling of HELPLESSNESS.  We assume she’s been married for some time and yet, no one seems to believe that she’s in the amount of trouble she’s in. Not her sister, not her sister’s best friend who is a cop, not her friend, or anyone else in his woman’s Social Circle. She mounts a daring escape from her troubled marriage, and a few weeks later, Evil Invisible Man is trying to kill her. And of course, NO ONE believes her.

Everyone thinks She is bat-shit crazy and causes all the mayhem. That is the worst! 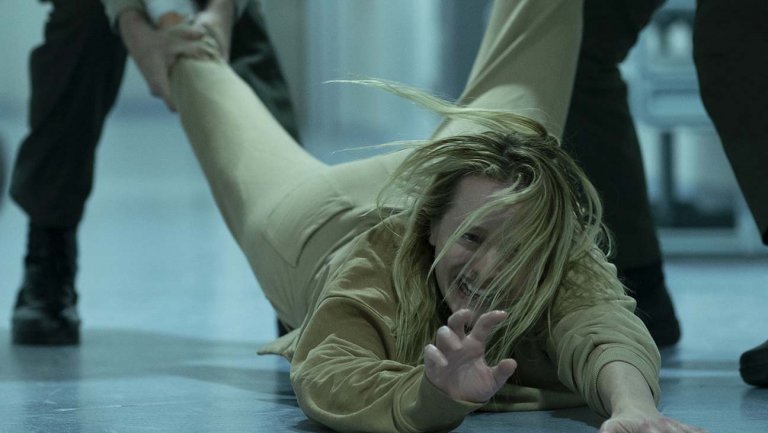 The Invisible Man takes advantage of this and does all kinds of decidedly evil stuff. His method of invisibility is Creepy mainly because he’s an asshole of a hubby.

Overall, it’s a great scary movie for non-horror fans. I felt like there was a lot left on the table in terms of plot twists and backstory. It’s hard to demonize a guy we know NOTHING about other than how she describes him.

I would have liked a cliffhanger ending, or even a ridiculous horror movie plot twist, because that’s what makes a horror movie good – the ridiculous plot twist ending. This movie wraps up too nice and neat. Matter of fact, my partner-in-crime guessed most of the ending early on. She said the whole thing felt like a PG-13 episode of Scooby-Doo  LOL

If you are a Horror Movie wimp, The Invisible Man will definitely creep you out! As for us TRUE horror fans, on a scale of 0 to ‘Hereditary’ (Hereditary being a 10!), this ranks somewhere around a 4.

as a movie, I give it