Writer Tom King has taken the comic book world by storm during his Batman run. Readers are divided over his treatment of fan-favorite Batman, but i gotta say…one really good thing he did was introduce the new character Claire Clover -aka- Gotham Girl!

I was immediately sold on this character. Gotham Girl is an interesting mix: She’s a little badazz with Superman’s immense power – but with the quirky, nonstop mouth-motor of Spider-Man/Peter Parker. So basically, she does a LOT of shit talking while kicking ass! It makes for some ‘LOL funny’ action-packed moments. 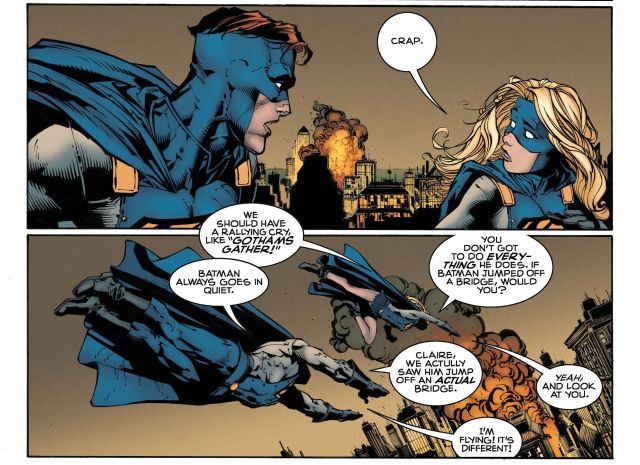 It’s just fun watching her annihilate people while making them feel very tiny…the exact OPPOSITE of what a superhero should do! Since her debut she’s already had some great ‘WTF’-moments, including beating the brakes off Solomon Grundy with very little effort! 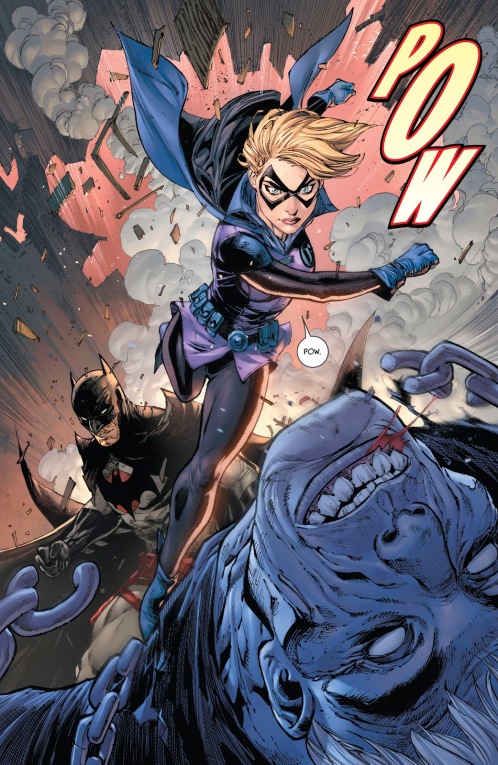 …and just recently she completely bitch-slapped Captain Atom into next week! (Batman #77 – That one was bad. She straight clowned his azz, smh…). IN case you don’t know, Captain Atom has the power of energy manipulation on a infinite level. He’s like Green Lantern, if his body WAS a lantern.

That being said, GG did THIS to him… 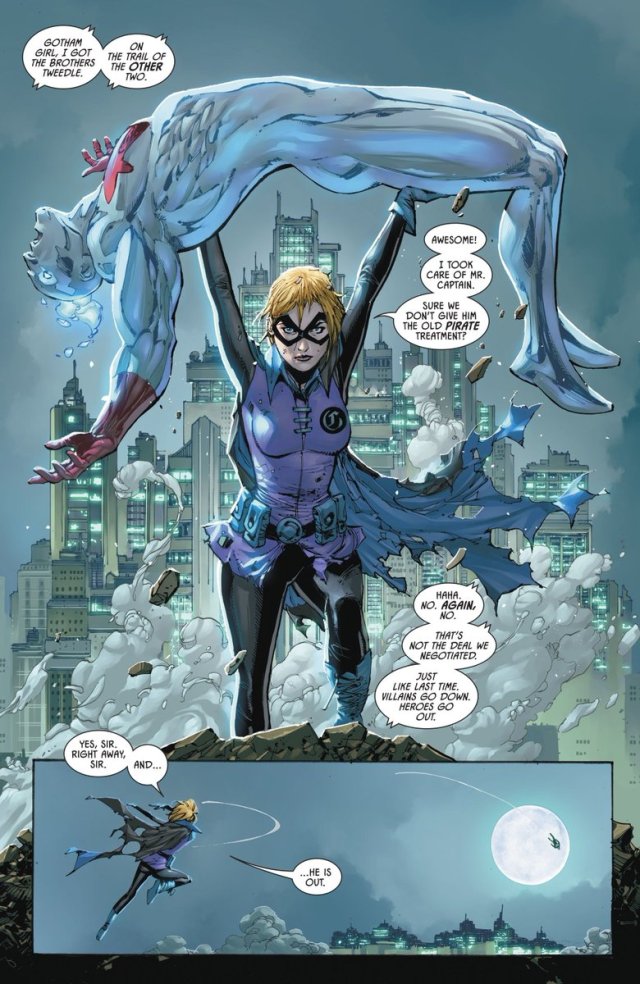 GG has a pretty interesting origin story. She and her brother agreed to an experiment that grants them INCREDIBLE powers – but at a severe cost. Using their power drains their life essence (kinda like Spawn). The MORE power they use, the less life they have. They can either be GODS for a few days, or Superman for a couple of years. Or, using powers sparingly to last longer.

It has since been revealed that GG is working with Dark Batman (Thomas Wayne). This Intercontinental tag-team was recently introduced as the ‘new’ Batman and Robin working for the super-villain BANE, who is currenty the Underboss of Gotham City!

As of this post, GG’s debut comic book Batman #1 Rebirth are selling online between $5 – $10 per issues (depending on grade) which is relatively affordable for a key First Appearance issue! I grabbed a few Near Mint copies for around $8 (+ shipping) as a low budget investment. I predict that GG will get MORE shine once she debuts in the DCU animated universe (can’t wait to see who voices her) as well as DC video games!

It doesn’t hurt to snatch up a few while they are still under the radar, plus its just a damn good read!

This and other KEY ISSUE BOOKS available online to purchase! 😀