Every once inna while you read some cool-azz comic book and think,

‘Damn, this would be a badazz TV show – what the hell are they waiting for???’

Here’s are list of some comic books just begging to be made into top TV shows! 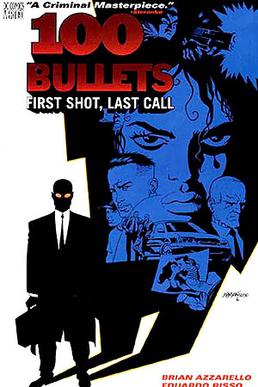 Ask yourself: ‘What would you do if you could avenge yourself with an untraceable gun?‘ That is the simple premise behind the complex, award-winning series ‘100 Bullets’!

Agent Graves is a Mystery Man carrying a cache with an untraceable handgun and 100 bullets. Sex, Violence, action, sex, conspiracy and dark humor abound! There are no ‘good guys’ (or gals) but plenty of interesting and morally ambiguous characters!  Seeing  sexy Dizzy Cordova and the rest of the gang on the screen would be a fanboys’ ( and gals) dream!  Imagine Quentin Tarantino on board as executive producer! The story is in place; there’s exactly 100 episodes  and this will be a huge hit with fans of ‘The X-Files, fans of  ‘The Wire‘ ,  ese’s, gringos, and homies alike! lol

throw this on HBO and let the bullets fly!  😛 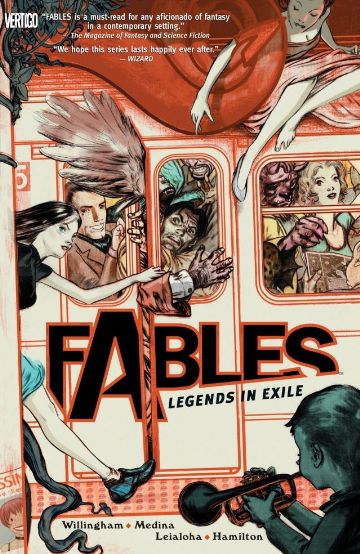 Move over Desperate Housewives and Tru Blood! I can picture this series on network TV ( CBS) – or take the kiddie-gloves off for premium cable (Showtime)!

And now is the perfect time to do it – what with the country all caught up in ghosts, vampires, and werewolves!….why not add our favorite fairy tale characters, with an adult twist? 🙂 ‘Fables’ takes place after ‘happily ever after…’ ends. Now all or our childhood storybook favorites have to live in the REAL world – minus the innocence! Snow White is a shrewd businesswoman; Prince Charming as an egotistical womanizer; the Big Bad Wolf as a sociopath detective; and wait until you see Goldilocks and Little Red Hood all grown up! 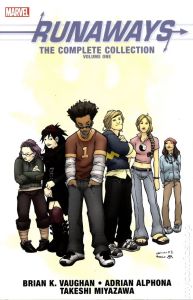 But let’s not get it twisted, H-wood!

I want this done ala Smallville!  Basically, i want the characters and their powers and the storyline to develop S L o O o W L Y. this would work on the WB network as a follow up or a replacement to the aging ‘Smallville‘ storyline (seriously, Clarks’ in Metropolis now, but it took like 7 seasons, and i don’t think he can fly yet!!). let’s get some fresh young talent in there, some up and comers, and you’ve got a devoted following with this one! 🙂 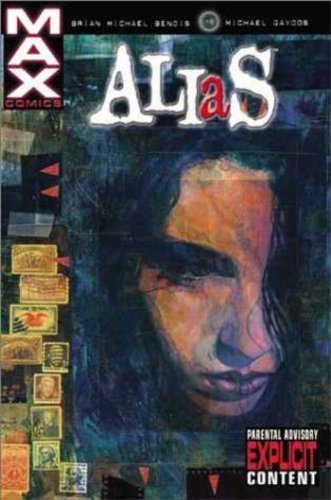 One of the strongest cases that excellent writing is KEY to a great story -and Brian Michael Bendis is supreme!

Premise: Jessica Jones is an ex-C-list superhero who gives up the cape to live a ‘normal’ lifestyle as a private detective. Think Nancy Drew – but she can bend steel!

This series would work very well on cable TV, probably TNT!  ‘Alias’ should have a nice female following – being set in modern New York City and featuring an intelligent, semi-attractive, strong female lead with great character development. ‘ALIAS‘ relies more on a well-written script with snappy/wry humor, rather than action. Because of Jessica’s former superhero connections we could expect to see surprise guests from Marvel’s ‘edgier’ street-level supes like Daredevil and Luke Cage – keeping us fanboy/gals waiting to see what happens from week to week! 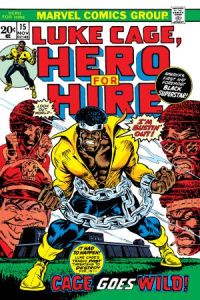 and speaking of Luke Cage,  Heroes for Hire as a TV show = ratings powerhouse!

So – MY version features the 1970’s HFH with Power Man (minus the tiara) mixed with the current HFH feat. Misty Knight, Black Cat, Paladin, and Shang-Chi! Sorry Danny Rand fans – but Iron Fist would be a supplemental character on my show.

This Heroes For Hire’ lineup is Misty ‘Brown Suga’ Knight as the acting President of HFH (with her sexy azz!) – the extremely sexxy Black Cat would be the reformed criminal-turned- good girl; Shang-Chi would be the cool asian dude kicking kung-fu ass on a weekly basis; Paladin . the sometimes-member mercenary – is he a bad-good guy? Or a good– bad guy??; and of course LUKE CAGE is the street-slang-talkin muscle of the operation!  This is pure Eye-Candy and Guilty Pleasure just slobbering to happen! Sex + action + comedy?? Yo, Pay me my royalties now for suggesting this great show!!!  😀 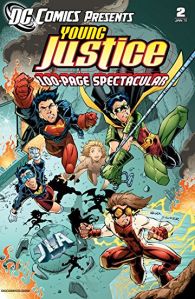 On another note, i need to see something on YOUNG JUSTICE in development!

Small screen, big screen, give me something!! this is a runaway hit right here! yes, the pun was intended! 😛

this would work on FOX Network.  A little edgy, make it semi-dark (because Robin’s in it), some high priced special efx, and you could easily throw this on after House or Lie to me, and 10 seasons and one big screen blockbuster later, you pay me what you owe for originally coming up with the concept! $$$$ I would even have the writers of the book write the series for me, so they know the character development and progression of the story. 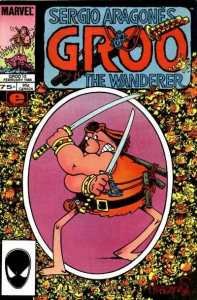 You know we had to throw in some humor!

Think ‘live action comedy-fantasy-sword-fighting kind of a cross between Conan, The Simpsons and Monty Python’!

Groo is a parody of fantasy sword-swinging stories and the main character is a pretty damn incompetent big-nosed buffoon! LOL Except when it comes to fighting! It’s reportedly being made into a cartoon movie – but I say let’s laugh at his idiot ass on a weekly basis! Safe and fun (and hilarious) for the whole family to enjoy with just a dash of tongue in cheek humor! Best of all Groo would work on network television – maybe NBC, since they canceled ‘Heroes‘ (damn you bastards!!)  GIVE US GROO! 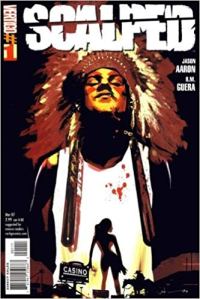 Yo – this joint right here is the game-changer!!

This would f**k up the entire TV landscape the same way ‘The Sopranos’ did back in 1999!

How to describe ‘Scalped’….? hmmm….. downright dirty, grimy, gritty, gutsy, and entertaining as all hell! Think ‘The Wire‘, the ‘Sopranos‘, and any FBI crime show with an ethnic slant and you’re close!

‘Scalped‘ is about Native American Dash Bad Horse returning to his Indian Reservation after being gone for fifteen years. He is now an unbeknown undercover FBI Agent coming back to his roots: back to the Hoe-ish ex-girlfriend, the civil activist mother, and all the other crap he left behind! Things quickly get hot and heavy when Dash is recruited by the Big Man on the Rez, Chief Lincoln Red Crow – who runs the casino town with an iron mob fist!

Scalped is that type of show critics will go ga-ga over! And gives American viewers a firsthand look (FINALLY) of life on the Rez!  My vision would be Executive Produced by Martin Scorcese! 😀

JAY: The Boys (Dynamite Entertainment) – So very wrong…but so right! 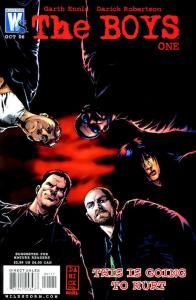 When super-powered people step out of line – the CIA calls in ‘The Boys’ to put them back in their place!

We’re talking about a comic book so vile, so disgusting, so offensive,  and so outrageous that Wildstorm Comics dropped it from its’ label! Imagine a Chuck Palahniuk novel brought to life every week in your living room. 😀   However crude it gets, you’re guarantee to feel queasy AND laugh out loud, all at once! LOL

If The Boys can even make it on TV – in ANY form – cable, premium or otherwise –  then all is right in the world and we fans can die happy 🙂

See, me and Friday have this comic book/ Hollywood thing figured out. We sit around and do this sh#t for fun, mang! Our job is to convince Tinseltown of how good our ideas are (by ‘our ideas’ we mean – taking other’s ideas and getting them adapted- natch!)

But rest assured if we ever get an idea across someone’s desk, if we ever make our way to a Tinseltown set Hollywood as Hot New Screenwriter’s – our blog readers will be the first to know. 😉

3 Responses to Jay and Friday’s – Top Comic Books BEGGING to be TV shows!