just as promised, I picked up this game Friday afternoon and spent the entire weekend playing it! Does it live up to the extreme hype of ‘Best Super Hero Game Ever’? …..

YES – The game is as good as the hype! Doesn’t exactly set a new standard for Stealth and Strategy/Action games – but it DOES up the ante on the Superhero genre….much like ‘Dark Knight‘ movie did! You really feel like you’re Batman: sneaking around, sticking to the shadows, picking off armed thugs and beating down hapless punks ten different ways from Sunday! – AND you get a fully equipped utility belt!  – which can be upgraded based on your performance! [but alas, no Bat Shark-repellent 😦 ]

– Superb graphics and very creepy atmosphere (even better in HD 1080!)Arkham Asylum looks more like a house of horrors after Joker gets done with it!

– Layout is fully interactive and explorable! Grapple, swing, and climb on pretty much any surface.

– Fluid fighting style makes Batman move like the trained ninja that he is, and the bad guys are clunky and slower (but still deadly!) 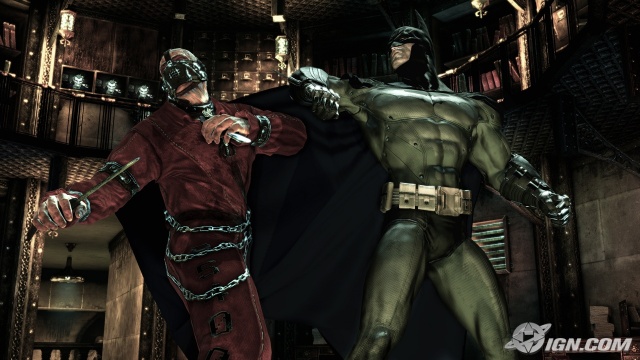 – Perfect learning curve. Starts out kinda easy – to learn the moves and get used to the controls – but gets progressively harder as the game goes on! 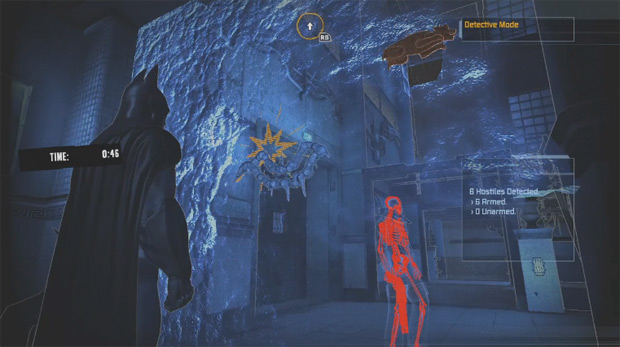 – Adaptive computer AI reacts perfectly to your style of fighting. The thugs don’t always do the same thing twice – so you have to mix up your fighting style. 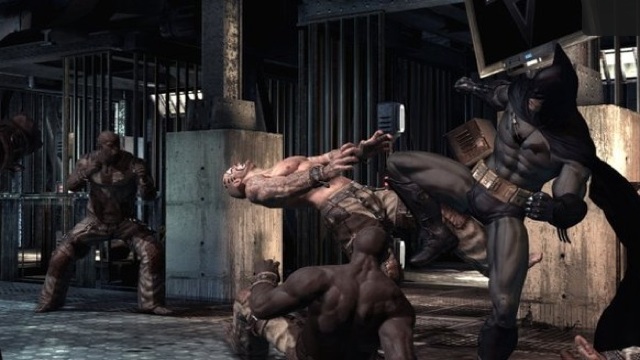 ALSO – everyone in the game reacts according to the situation! Moods range from calm, to nervous, to terrified! And the characters make choices based on their moods! SWEET 🙂

– Plenty of hidden treasures, clues, challenges and down-loadable content to hunt down.

-AND – The PS3 version you can play as the Joker!

–This sounds weird, but there is no ‘jump’ function. even though the character automatically leaps over and up onto obstacles – 20 yrs of gaming have taught me to hit the JUMP button!

– Not sure if it just was my controller, but sometimes Batman seemed to start ‘drifting’ even though I was standing still.

– Sometimes the camera got all weird on me. The angle of his movements and the camera pace did not quite match up. I felt I was either moving too fast or too slow.

– I would have liked to see MORE interesting villains beside just hundreds of hapless thugs.

– The Boss fights were too easy – and the choice of the Main Boss? Hmmmm….

Overall, BATMAN: AA – combines Great storyline, full of action, atmosphere, stealth, combat, exploring, and puzzle-solving into one excellent game. With the PS3 downloadable content, the Challenge Mode, and the Joker exclusive – it also has plenty of replay value!