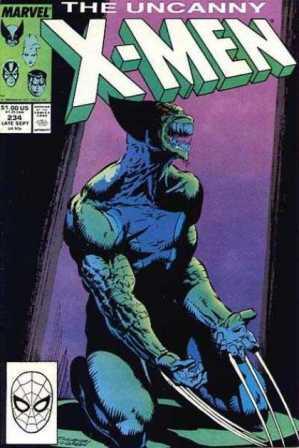 I cannot get enough of X-Men!! 🙂  Well, the older stuff at least.

Like this storyline -written at the height of the glorious Claremont/Silvestri Uncanny X-Men run. Featuring another battle between The X-Men and those nasty, bodysnatching ‘sleazoids’ – the Brood. But this time, the Brood brings their alien smackdown to Earth!

I’m a big fan of all kinds of alien-invasion story, and the Brood/X-Men saga combines all of the great stuff of alien invasion/ bug alien genres. Invasion of the Body Snatchers, Alien and Aliens, The Hidden, John Carpenter’s The Thing, and Tremors – just to name a few.

The story goes like this: The Brood invade a remote Colorado community and commence with their usual nastiness; possessions, abductions, and alien spawning. Naturally, the X-Men come to save the day, but things take a turn for the worse when the Brood successfully start possessing mutants! Now the X-Men are dealing with Brood aliens with mutant powers.

Issue #234 (featured above) has that sweet money shot of Wolverine battling against his alien infection, and a priest attempting a demonic exorcism – niiiiice! This single issue alone is one of my best Wolverine covers. Nothing like the classics! Definitely worth copping. -Jay

Other X-Men/ Brood issues worth getting: 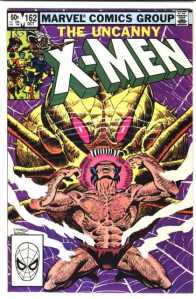 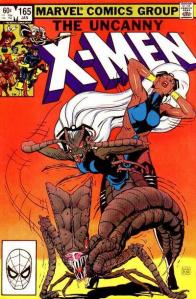 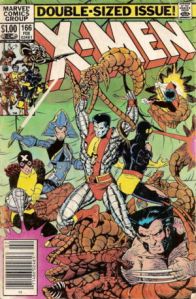